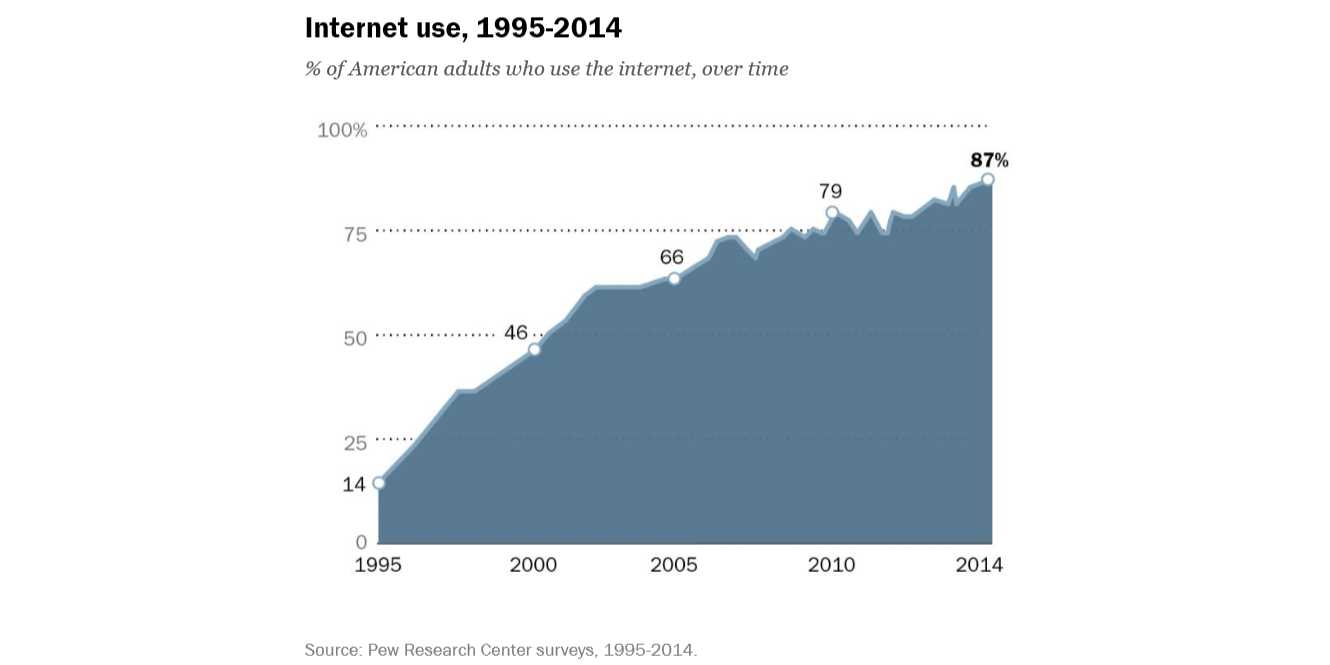 It used to be that online surveys were dismissed as a form of polling because only a fraction of the U.S. population had access to the Internet.  That is no longer the case, and I was surprised by the latest numbers showing just how extensive Internet access has become.

Almost nine out of ten (87%) of all U.S. adults use the Internet.  It is nearly universal (95%) among younger and middle-age adults.  Likewise it is nearly universal among those with household incomes of at least $50,000.  These latest statistics come from the Pew Research Center’s Internet Project data collected in early 2014: 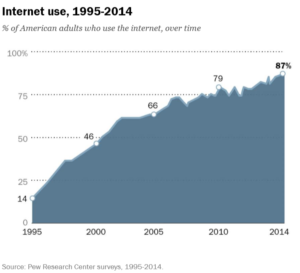 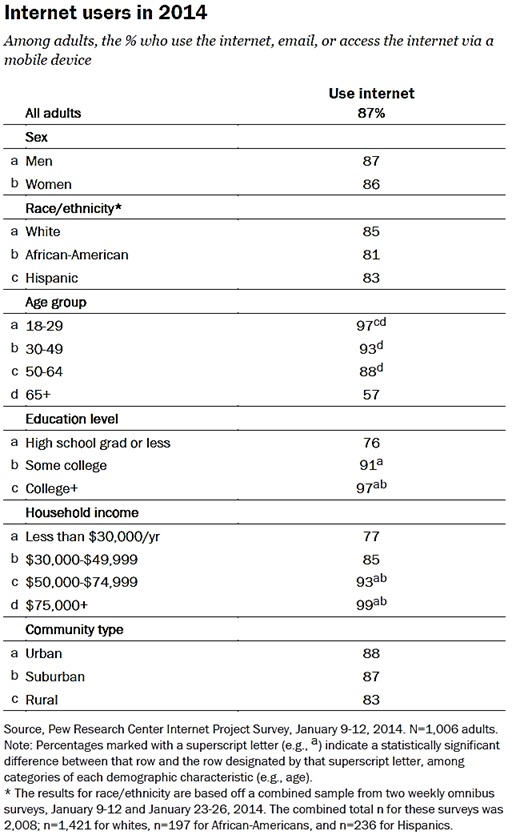 With numbers like these, it seems strange that people still ask about whether online surveys can reach the respondents they need to provide statistically sound samples.  But I understand why they ask: there are still unfortunately-loud voices in the research world who insist on the superiority of phone surveys despite overwhelming evidence to the contrary.

Can you find truly representative samples of the U.S. population on the Internet?  Absolutely.  And now that we are seeing nearly universal Internet access, there are very few surveys that cannot be done effectively online.