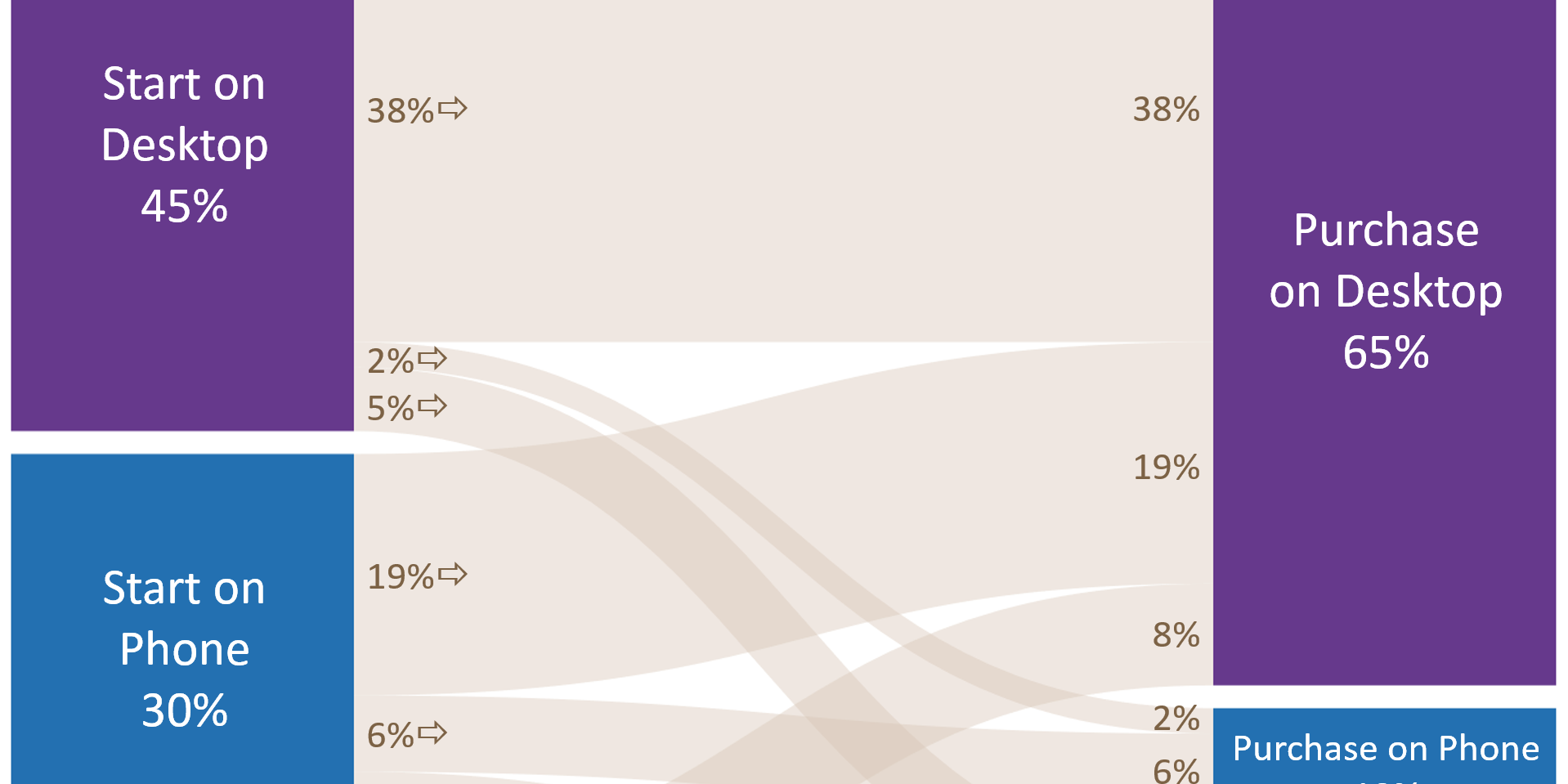 The Coolest Chart You Probably Never Use

This week we built a chart that dazzled the research and design team we are working for. It’s called a Sankey chart. In the context of market research, it is used to show the “flow” of respondents from one cut of data into another.

Many of them migrate to a different device to actually purchase the widget, such that 65% purchase via desktop, 10% via smartphone, and 25% on a tablet.

The “before” vs. “after” is interesting, and maybe you would show it with a two column bar chart.

But showing the numbers who “cross over” could be important as well. Typically we would show that with a cross tabulation, because any sort of bar chart would get hopelessly messy.

Sankey chart to the rescue! These are basically visual cross tabs, and they are immediately intuitive extensions a two column bar chart: 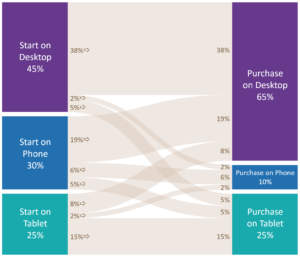 This is an example of a Sankey chart.

You can build these charts in R (there are a few choices of which package to use). You can also build them using D3. We used a free, easy-to-use beta website called SankeyMATIC that uses the D3 javascript. It builds an interactive chart in your browser, which you can then save to an image. Google charts offers another option worth exploring.

Another great use of Sankey charts is to show how respondents change attitudes and behaviors after exposure to an advertisement, message, or concept.

In short, Sankey charts are sure to dazzle any time you want to show the “before” and the “after” with details about how specific groups of people switch categories.