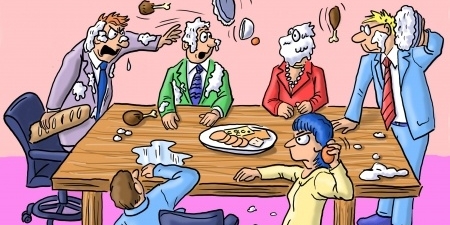 The last presidential election was a stunning win for online polls and a drubbing defeat for telephone polls.

It provoked a loud and contentious debate among survey methodologists about the accuracy of polls and about how (and whether) to revise our methods. So here we are again, four years later with technology having moved faster than ever. Where do we stand today?

Hard to say, yet. In a few months we’ll know whether current U.S. polls can predict elections, which ones, and hopefully why. But in the meantime, there was a minor, instructive dustup this week among some of the top survey methodologists about probability sampling. Probability sampling is that nearly-impossible-to-attain ideal that still forms the cornerstone of most statistical methods used by market researchers, and it has been an issue of fierce debate since the last election.

The dustup was instructive because it touched on all the same issues, but the tone has notably shifted. It seems that most AAPOR members (American Association of Public Opinion Research) are seeing—or at least waiting for—the end of probability sampling. Some noted that even the possibility of such sampling methods and the statistical powers it gave us for so many years are products (and soon-to-be-artifacts) of history.

Here are some of the edited comments, for those who are interested. It is a semi-public form, but we have redacted proper names:

The failure of so many recent polls, plus the dramatically shifting landscape of telephones, the internet, plummeting response rates, instant and outrageously complex data, etc., all mean that the methods behind polling and our approaches to surveys are changing. And they are changing fast.

At long last, it seems that the direction of thought among many of our AAPOR colleagues is changing as well!