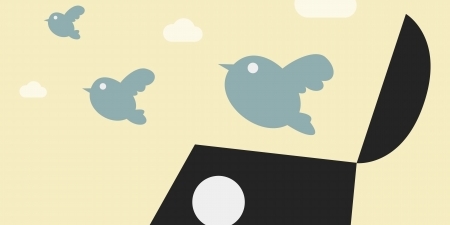 I resist the idea of using Twitter for research because I do not know anyone beyond journalists, PR people, and marketing folks who actually use Twitter.

Well, that’s a terrible reason to dismiss a potentially rich source of data, especially because one premise of survey research is that small parts can represent the whole.  My resistance is like a poll skeptic who says, “I don’t know anyone who has ever been called by Gallup, so how can those national polls be valid?”

The fact is, national polls based on small samples can be valid.  And maybe, just maybe, Twitter data—as biased as it feels to me—can reveal insights about the social world.  New data adds to the evidence.

Nielsen Neuro recently reported findings from an experiment that measured brain activities in 300 TV viewers as they watched one of eight programs.  Then they compared the neuro data to the total volume of tweets from the public as whole while those eight programs were being broadcast.  The result, according to the New York Times, was that “the number of tweets correlated closely with TV viewers’ depth of engagement with whatever was appearing on the screen at that moment.”

Of course the measures on both sides of this correlation are crude.  The brain measures are not really capturing cognition or emotions, and the only Twitter measure is volume.  Still, the data suggest that social media is a functioning part of our “social organism” and the idea that it can offer a reliable glimpse into how the whole organism thinks and behaves is fascinating.