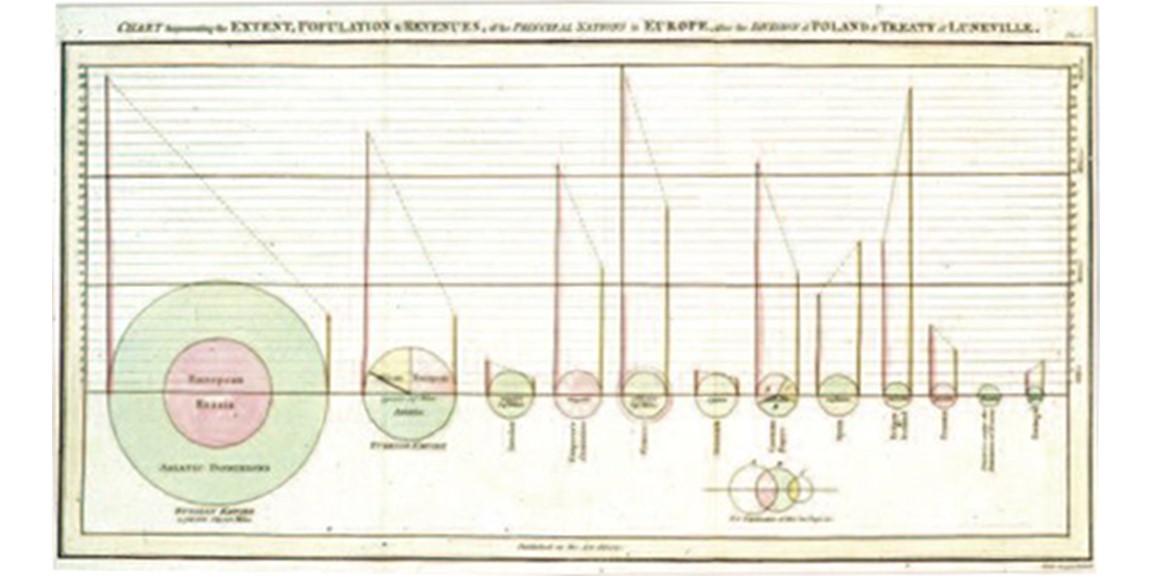 The New York Times Magazine runs a weekly feature called “Who Made That?” It provides a history on the origins of oddities like fly swatters, soy-sauce dispensers, clothespins, Kraft Singles, and … pie charts.  They attribute it to one William Playfair, a Scottish engineer who created and published a pie chart in 1801.  He is also presumed to have invented the bar chart fifteen years earlier.

Alas, the pie chart has taken a beating in recent years for being one of the worst visualizations of statistical data.  Edward Tufte in The Visual Display of Quantitative Information has this to say:

A table is nearly always better than a dumb pie chart; the only worse design than a pie chart is several of them, for then the viewer is asked to compare quantities located in spatial disarray both within and between pies. . . .  Given their low data-density and failure to order numbers along a visual dimension, pie charts should never be used.”

What’s so bad about them?  Well, studies show that pie charts do a poor job helping viewers accurately grasp the relative proportions of the parts vs. the whole.  According to Stephen Few, a data visualization design expert, our eyes are not good at judging relatives proportions and areas based on angles of pie slices.  “So why do people keep using them?” he was asked by the New York Times.  “I think there’s a basic appeal to the shape of a circle — a gut-level visual appeal.”

We mostly agree, and confess to having over-used and sometimes overwhelmed with too many pie charts.  If they are super simple, we sometimes use them (and clients often want them).  But anymore, we try to avoid them.  The point of data visualization is to help convey data more clearly.  If a chart does not do that, something else (or nothing at all) should be used instead.

Our Big Summer “How To” Newsletter with 19 Easy Guides for Better Market Research
July 25, 2018

How to Avoid Embarrassing Data Gaffes Like This CMO Survey
March 7, 2018

How Your Infographic Can Engage the “Right” Brain
December 28, 2017