Fifteen years ago the U.S. Census Bureau removed “Hispanic” from its question about race and instead created a stand-alone question to assess Hispanic ethnicity. It’s the reason we often advise our clients to ask about race and ethnicity separately, using questions similar to the Census Bureau’s, which are shown in Figure 1.

Well, chances are good that this will be soon be revised back to include Hispanic in a single question about race. The Census Bureau just concluded a large-scale study to assess the reliability and validity of its race and ethnicity measures, along with several potential alternatives. It involved questionnaires and re-interviews with a sample of nearly half a million households, plus 67 focus groups with nearly 800 people. 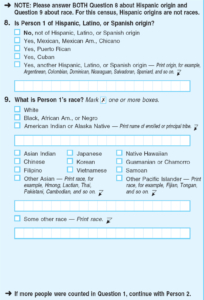 The study documented confusion over the current format, especially among Hispanic respondents. In particular:

The study also found high rates of non-response on the questions, most likely because people are confused by the questions and some resist being narrowly categorized.

The question that was tested as an alternative is shown in Figure 2. The study found that combining race and ethnicity into a single question, allowing multiple responses, and allowing people to specify with additional information if desired, increased accuracy and reduced the rate of non-response more than three-fold. 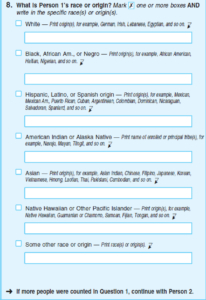 Figure 2. The alternative measure that was tested, and likely to be implemented by the U.S. Census Bureau. Click for full-size image.

If you want your measures of race and ethnicity to line up with the most detailed and accurate accounting of the U.S. population, it is best to revise them along with the U.S. Census. Final decisions on changes and when to implement them are pending. It will likely take a couple of years. We will let you know when changes have been announced, and would be happy to advise on when, how, and whether to make similar changes for your particular research.