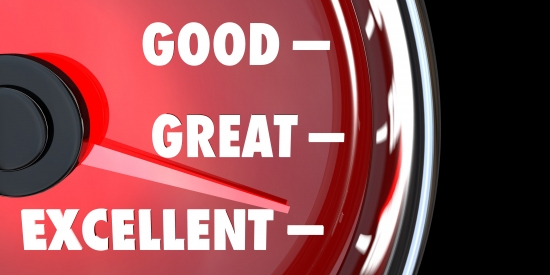 I used to get more worked up about survey answer scales than I do nowadays.  I didn’t like even-numbered scales, including 1 to 10 scales (no midpoint!) or five point scales (too blunt!) or seven or nine point scales (not intuitive!).  I liked zero to ten scales—and still do—because they offer good opportunity for respondent variation, they have a clear midpoint (5), and for most of us, zero to ten is intuitive, lining up with our thinking about grades, percentages, and so on.  For this reason, too, I was a big fan of using the Net Promoter Score scale from its earliest days.

But after many years of writing survey questions and answer scales, and analyzing data using my preferred scales versus all kinds of other scales various clients prefer, I’ve come to the comforting conclusion that it doesn’t matter that much.  If there are important, meaningful, consequential differences among survey respondents, any decent scale will capture that variation.  In an article published several months ago in the International Journal of Research in Marketing, three academic researchers conclude much the same:

We report results from a study using data from customers and firms in the Netherlands on the relationship between different satisfaction and loyalty metrics as well as the NPS with sales revenue growth, gross margins and net operating cash flows. We find that all metrics perform equally well in predicting current gross margins and current sales revenue growth and equally poor for predicting future sales growth and gross margins as well as current and future net cash flows. The NPS is neither superior nor inferior to other metrics. Taken together, our study suggests that the predictive capability of customer metrics, such as NPS, for future company growth rates is limited.

Of course these claims are narrowly focused on whether certain measures better predict specific financial outcomes.  But they are consistent with my less scientific intuitions about measurement scales based on many years of varied experience.

Which is not to say that NPS is no good!  It has a lot of the best features of measurement scales going for it, like an odd number of scale points, a clear midpoint, and an intuitive use that is easy to administer.  Plus, with so much promotional effort behind it, it has a compelling cachet with upper management.  But when our clients jump in and say they have another scale they want to use instead, I now feel confident that the alternative will work just fine.