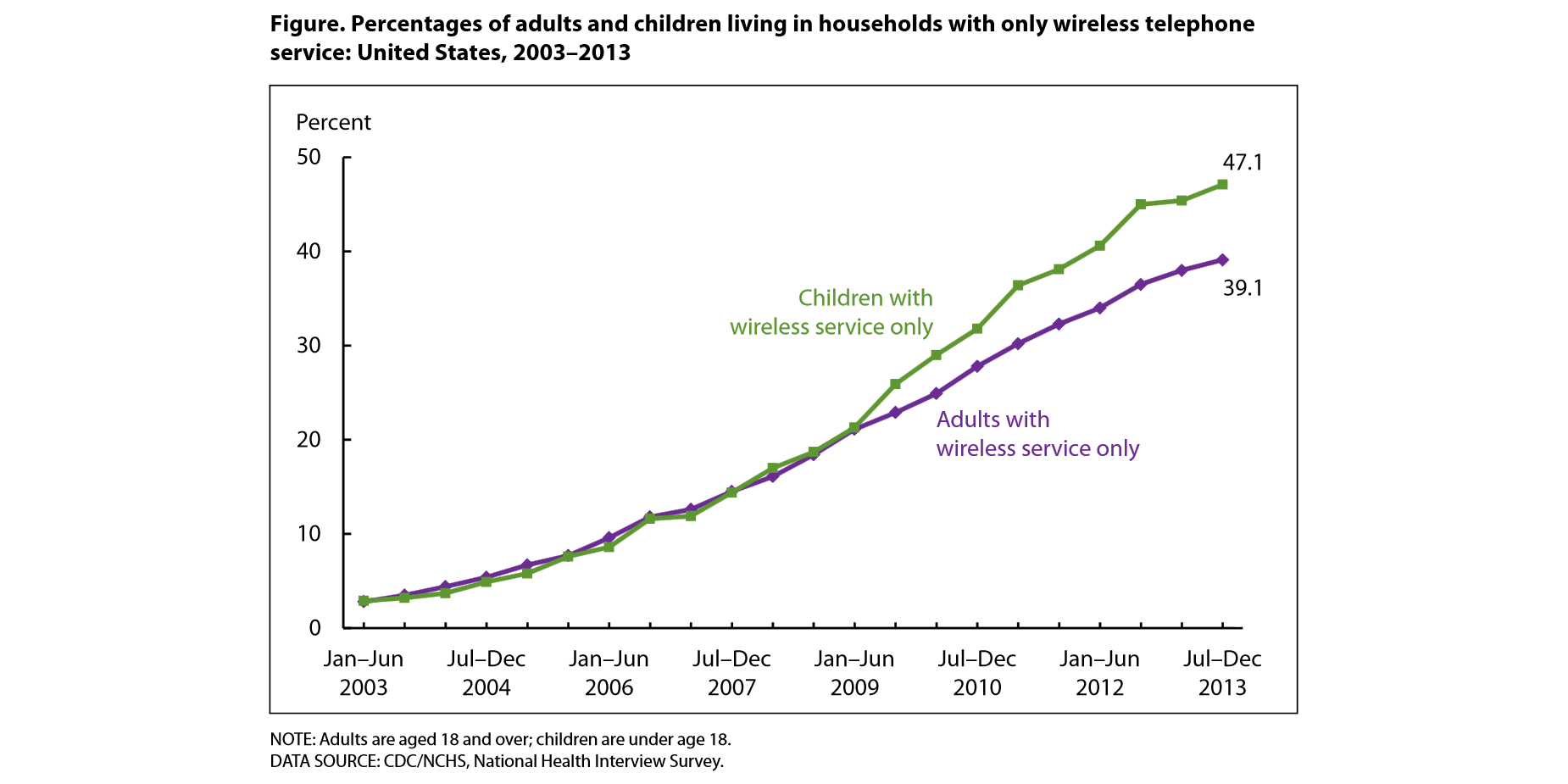 Why Phone Surveys Are Almost Dead

Telephones used to be an awesome way to find a random sample of Americans.  Nearly all Americans had a home telephone, nearly everybody would answer if you called, and most were willing to answer survey questions to help researchers understand public opinion.

In fact, telephones have been so central to scientific survey research that the U.S. government has for many years regularly asked about the usage and presence of telephones in its ongoing National Health Interview Survey.  The NHIS is now the most important source of data about telephone use, and it shows just how huge the hurdles for phone surveys have become.

Two out of five U.S. adults (and almost half of children) no longer have access to landline home phones.  More people have Internet access in their homes, than landline telephones.

What about cell phones?  Not a great option, because the hurdles are huge.  Legal restrictions mean that numbers need to be dialed by hand.  Many cell phone numbers belong to children.  Cash reimbursements for cell phone charges are often required.  A lot of cell phone users won’t answer calls from numbers they don’t recognize.  Many have their phones turned off, or they’re using them while driving or in other unsafe situations.  And willingness to participate in surveys is even lower among cell phone users than for landline telephones.

The good news is that online surveys, when done correctly, work really well.  To be sure, there is much theoretical work to be done in order to understand exactly how and why they work so well.  That’s a challenge that we and our academic colleagues should gladly embrace.

In the meantime, want to learn more about various online survey options, from the quick and dirty, to the super rigorous?  We are happy to help.  Give us a call (by phone!) at 312-348-6089.  Phone is still a great option for learning more about Versta Research and how we can help you.