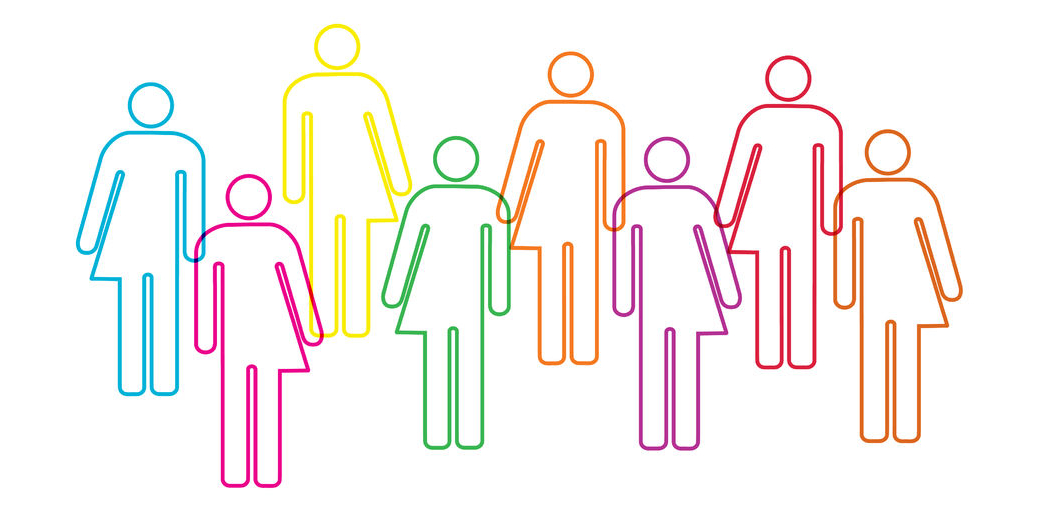 How to Ask Gender on Surveys

Gender used to be one of the easiest questions to write for a survey. There was male and there was female, so we simply asked: “Which are you?” But our culture has begun acknowledging the fluidity of gender identity and gender assignment, and now, too, must survey research. Just this week we had a potential survey respondent send us a note expressing a willingness to participate, but getting stuck at the gender question because neither male nor female applied.

But how should we start asking about gender? That is a big, and as yet, unresolved, question. Federal agencies like the Census Bureau are just starting to explore the issue. The Office of Management and Budget (OMB) has convened a group of research experts (The Federal Interagency Working Group on Measuring Sexual Orientation and Gender Identity) to lay out a long-term research agenda and program to explore and resolve the issue for ongoing federal data collection efforts.

In the meantime, we can turn to the Williams Institute at the UCLA School of Law, which has been pioneering efforts “to increase population-based data about transgender people and other gender minorities by advancing the development of sex and gender-related measures (i.e., sex assigned at birth, gender identity, gender expression, transgender status) for population-based surveys, with a particular consideration for publicly-funded data collection efforts.”

Here’s what they suggest in their 2014 report, Best Practices for Asking Questions to Identify Transgender and Other Gender Minority Respondents on Population-Based Surveys:

When two demographic items can be added to an adult survey (or, in most instances, a standing measure of sex replaced and a measure of current gender identity added), we recommend including measures of self-reported assigned sex at birth and current gender identity. Testing shows that the “two step” approach appears the most likely to have high sensitivity, as well as high specificity, with adults. 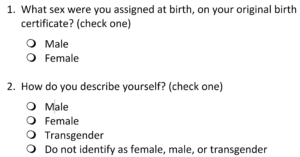 Do you really need both? Probably not. For most of the work we do at Versta Research, it is gender identity, not sex assigned at birth, that really matters. As such, we recommend offering the second.